The InFinnity Project – themes announced… and deadline extended until 31.08.21 due to Covid-19. 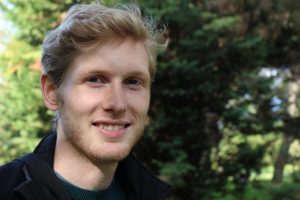 The InFinnity Project celebrates the life of Finn Clark, a talented professional illustrator who took his own life in late 2015, aged 25. He had been diagnosed some two years before this with a form of psychosis and depression.

The InFinnity Project was launched during Mental Health Awareness Week  in May 2017.   The project  works on an annual cycle and seeks to both promote visual art as a therapy for mental illness and to raise funds for Rethink Mental Illness  and the British Association of Art Therapists .  This is one of the foremost mental health charities, which has a number of local volunteer art  groups for people affected by mental health issues .

The closing date for submissions is 31st August  – please read more about the terms and conditions.

The inaugural launch event in 2017 can be seen here: See the video of the launch

Get your InFinnity Project Cards here

The project also has the support of the British Association of Art Therapists (BAAT) and of the Adamson Collection, the largest UK collection of art produced by mental health service users, housed at the Wellcome Library.

The page header illustration is by Finn Clark, and serendipitously entitled “Legacy”

“To contemplate the art which others have made out of their sensitivity to beauty and mystery can be a powerful bridge back to stability. All good art is like a hand held out by a stranger, showing that you are never quite alone” – Libby Purves, speaking of The InFinnity Project